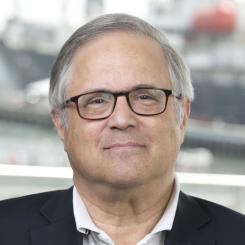 He is writing a book on Turkish Foreign Policy for The Fort Schuyler Press. He has been a panelist and moderator at numerous conferences and panels including the AIPAC National Conference, the Turkey Focus Group of the National Defense University, Instutute of National Security Studies and at the annual conferences of the Transatlantic Studies Association. He organized conferences at Maritime to commemorate the 100th anniversary of the Gallipoli/Canakkale Campaign as well as to explore the legacy of Captain Cook and the HMB Endeavour.