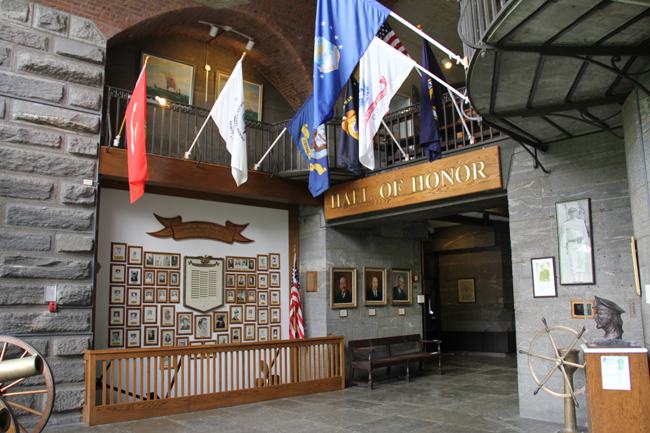 The Maritime Industry Museum at Fort Schuyler is proud to dedicate the south bastion of the museum’s B-Deck to the many heroic graduates of SUNY Maritime College, its predecessors, and others who have called Fort Schuyler home; people who who have led us, inspired us, and given their lives to secure our nation’s well being.

In this Hall of Honor we remember the college’s graduates who were lost at sea or killed as a result of terrorist action. We also honor the school’s past presidents and other extraordinary members of the museum and college community.