Many MES majors choose to complete internships to gain additional hands-on experience and begin to prepare for their scientific careers. They complete their internships with a wide variety of organizations all over the world. 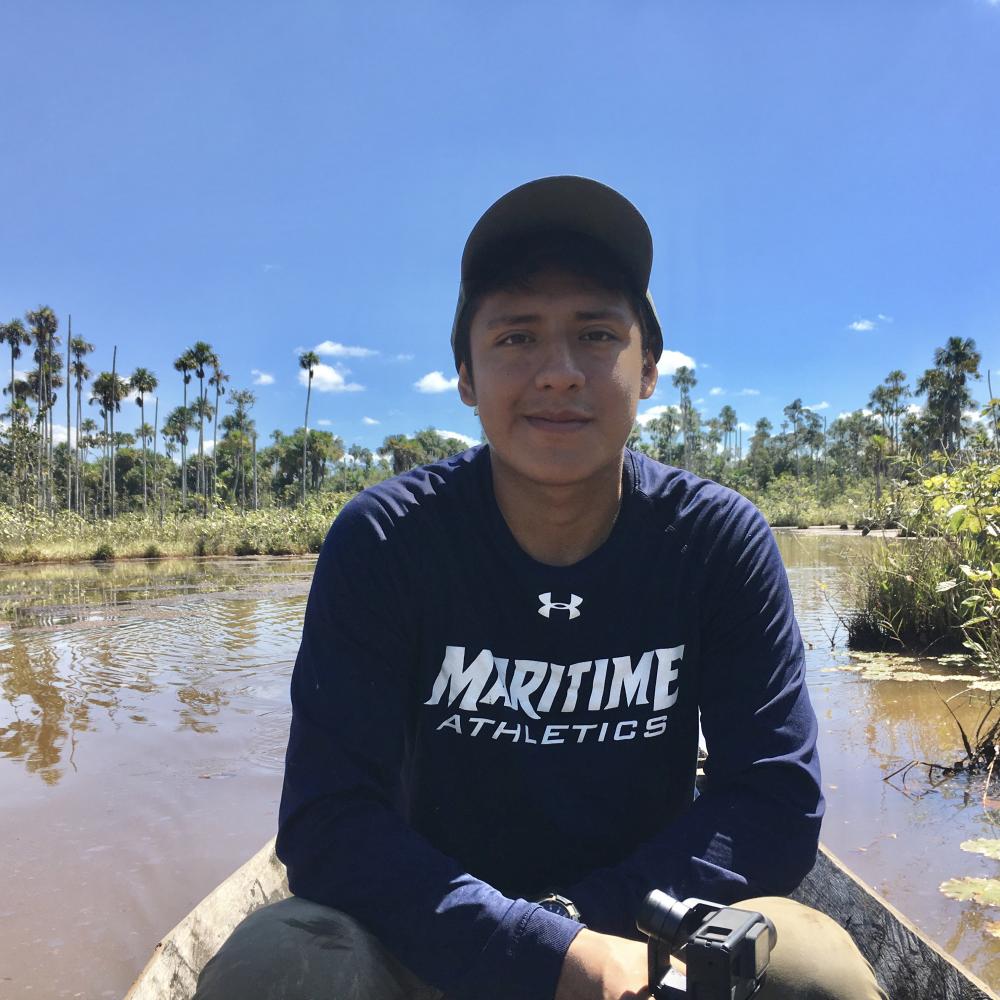 Isaul and Mustafa help run a sanctuary in the Amazon

Two juniors, Isaul Villaneuva and Mustafa Islam, spent their summer working at the Panthera Sanctuary, in the Madre de Dios region of Peru, one of the most diverse places on earth.

“The region is a hotspot for wildlife and a refuge for endangered species. Overall our mission was to stop or delay habitat destruction and illegal wildlife trade to help provide a safe place for thousands of species to sustainably coexist,” said Isaul.

They worked with a team of scientists and volunteers to identify different species of spiders, insects, birds, mammals and plants, while avoiding poisonous or otherwise lethal animals and plants in a climate where temperatures can vary up to 40 degrees in an afternoon.

While there, they explored lakes that had never been visited by scientists, took care of injured caimans, helped stop an illegal gold mining operation, worked to establish a sustainable farm in the reserve, and studied the relationships and connections between the thousands of organisms in the 60-hectare sanctuary.

“We were running an entire sanctuary, including the rivers and waterways and working in the general environmental science field,” said Mustafa. “We learned what it’s like to run a sanctuary in a second- or third-world country with limited materials."

They were the first two to complete internships at the Peruvian site; Isaul learned about the organization while he was working on a paper about deforestation. 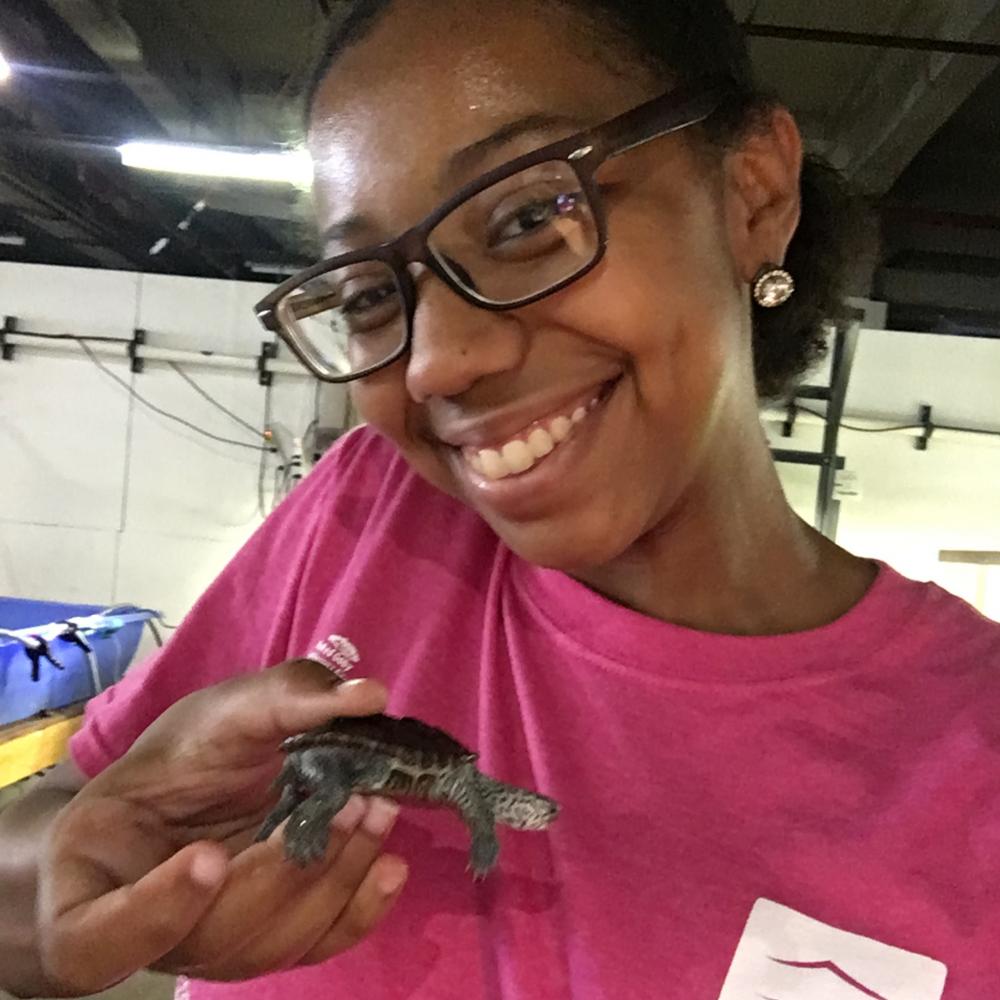 D'Leslie cares for the Hudson and its turtles

Junior D'Leslie Jarvis, of Brooklyn, spent three months traveling the Hudson River to monitor fish and turtle populations, and maintaining wet labs for The River Project, an organization that has worked to restore and protect the Hudson River for more than a decade.

In the lab on Pier 40 in Manhattan, D'Leslie tested the water quality, maintained habitats, fed fish and led educational tours for the public. In partnership with the Turtle Conservancy, D'Leslie learned to give turtles, which lived in saltwater tanks, freshwater baths to mimic the brackish conditions of the Hudson. The endangered diamondback terrapin is the only turtle species native to the Hudson.

"The most important thing I learned was how much of a negative impact we have had on the aquatic life that was once prominent in the area. But efforts to protect the turtle population has built hope for their survival."

On the river, D'Leslie collected the lengths and weights of different types of fish and conducted extensive water-quality tests. 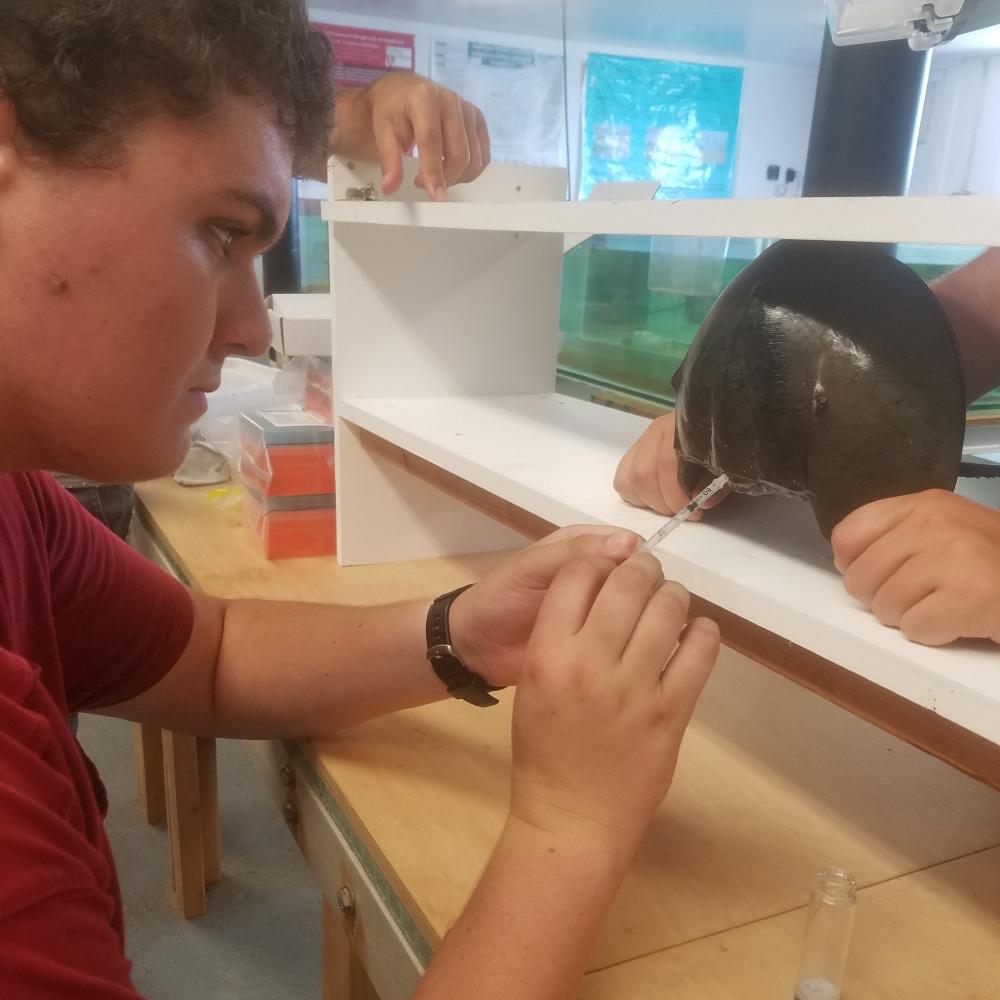 Sophomore Kevin Peteroy, of West Sayville, New York, spent one summer protecting and preserving the Atlantic Horseshoe Crab, an organism that has been on earth for 445 million years but today is threatened by habitat degradation and climate change.

Kevin completed his internship with the Center for Environmental Research and Coastal Oceans Monitoring. He was responsible for helping an ongoing effort to breed the crabs in captivity with the ultimate goal of releasing them into the wild.

"With this internship, I helped to keep the prehistoric legacy of a misunderstood species alive for generations to come."

He cared for the captive crabs and traveled to six sites across the Great South Bay to monitor weather, water and site conditions and horseshoe crab populations. He also conducted experiments with the crabs to see how their growth is affected by wounds and different pH levels. Kevin did some of his work at U.S. Geological Survey field stations, assisted with some whale watching, and learned to monitor beach conditions. 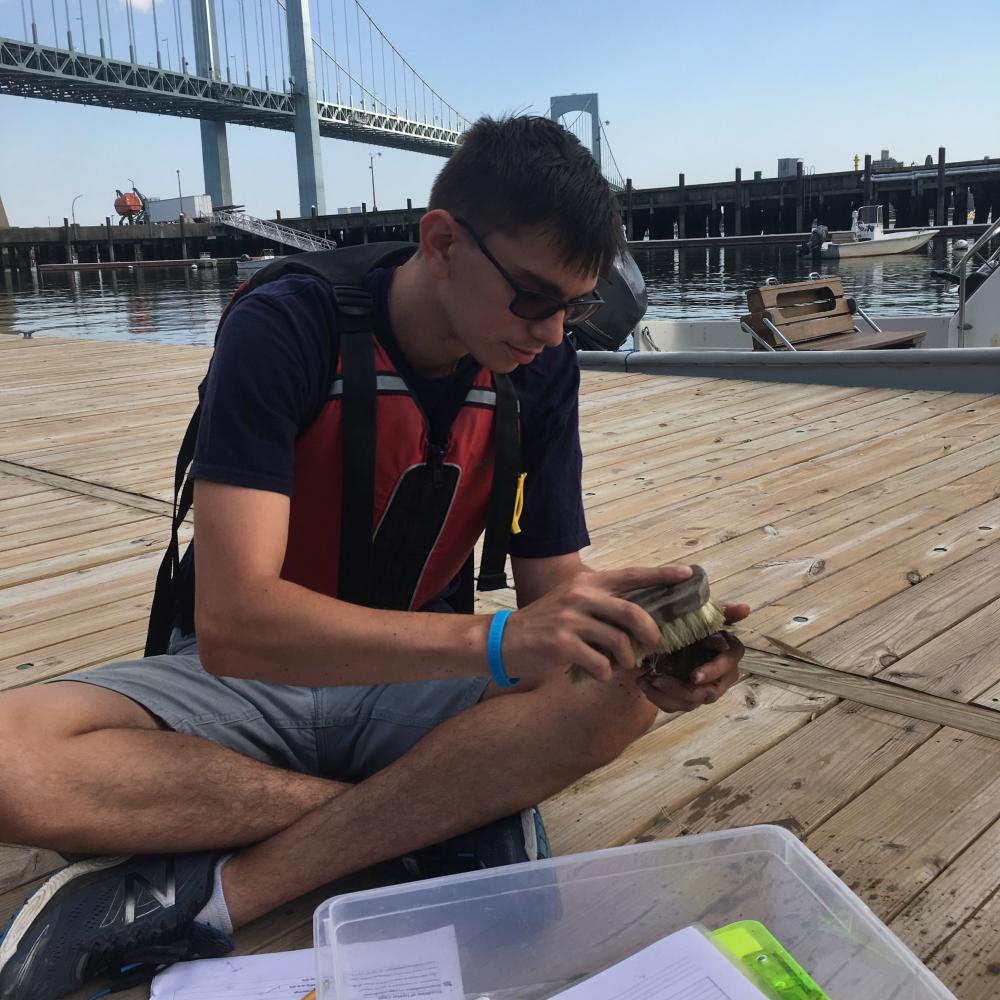 During his internship, Anthony recorded oyster measurements, observed other organisms living on the oyster beds, measured water quality and weather conditions, and recorded site conditions. His focus was tracking the oysters, since their growth records will demonstrate the suitability of the site for future oyster growth.

"The most beneficial thing I took out of the internship was having the chance to work with other volunteers and sharing my passion for marine life with them while helping to improve our local water.

"That's what I want to do in the future."

SUNY Maritime has several oyster beds on campus and has been a partner in the Billion Oyster Project for years.

The project aims to reintroduce oysters to New York Harbor. Oysters were once a vital part of the marine ecosystem; they filtered the water which helped to maintain water quality for other organisms and served as a link in the food chain.