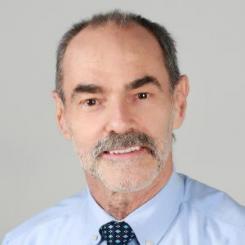 IMPORTANT DISCLAIMER: This faculty profile is way too long (limitless if you follow all the links).  Neither the subject, the author (same person) nor the Maritime College are responsible if you read too much and are injured as a result.  Proceed at your own risk.  Practice social distancing. Wash your hands.

Jim Maloney graduated from Maritime in 1980, and was the first student to join the Humanities Study Area Concentration when it was first introduced while he was an upperclassman during the late 1970s. For several years after graduating, Maloney made his living as a licensed deck officer on American merchant ships, returning to the College to teach aboard the Training Ship Empire State V for the 1985 Summer Sea Term and then teaching Electronic Navigation as an adjunct during Spring 1986. Later that year, he completed a paramedic training program in which he had enrolled mainly in order to be better prepared for handling medical emergencies at sea (but also because he liked flashing lights and sirens). In 1987, Maloney was offered, and accepted, a job as a paramedic at the now-defunct Saint Vincent's Hospital in Manhattan. Then, as the fire of the 1980s flickered out like a spent Molotov cocktail smashed on bare concrete, Jim decided to obtain a practical and somewhat remedial education in the law. In 1990, he took the Law School Aptitude Test (LSAT), and  the following year started in Fordham Law School’s evening program while still working full-time as a paramedic. Maloney was a write-on member of the Fordham Law Review, where he authored and published two articles on constitutional law while a student. Jim also received awards in Admiralty and International Law upon his graduation in 1995. He next worked as an associate attorney at two historic (i.e., old and now defunct) New York maritime law firms, Burlingham Underwood LLP and Kirlin Campbell & Keating. Maloney began his private solo practice in late 1999, and earned a Master of Laws degree from NYU Law School in 2004 in a self-designed program in Constitutional Law, studying federalism and federal systems such as those in the United States, Germany and the European Union.

In addition to practicing maritime law, Maloney has pursued constitutional claims in federal court, both on behalf of clients and in his own name (pro se). His best known pro se case began in 2003 and involved the right to keep and bear arms (specifically, the martial-arts weapon known as the nunchaku). The case reached the United States Supreme Court as Maloney v. Rice (2010), and later went to trial before the United States District Court for the Eastern District of New York, which rendered a decision striking down the 44-year-old New York nunchaku ban in its entirety on December 14, 2018.  Watch a Newsday video clip of Jim commenting on the decision here, read his Daily News OpEd piece here, or check out his appearance on The Daily Show here.

Jim's 1996 law review article on maritime liens remains an authoritative source on the topic, having been cited in a 2014 opinion by Judge Vernon Broderick of the United States District Court for the Southern District of New York. 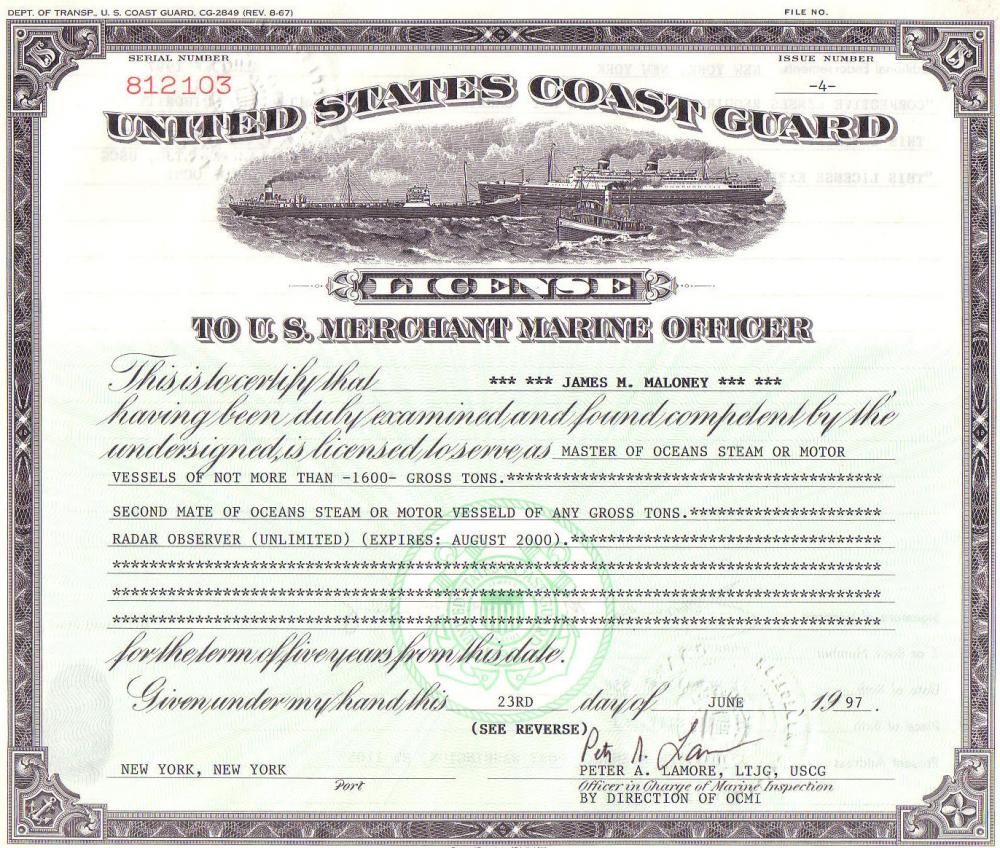 "Shooting for an Omnipotent Congress: The Constitutionality of Federal Regulation of Intrastate Firearms Possession" (1994)

"Suits for the Hirsute: Defending Against America's Undeclared War on Beards in the Workplace" (1995)

An Open Letter to the Faculty of SUNY Maritime College (February 15, 2000)

A Thought Experiment: The Commerce Power and the 18th Amendment (2001)

"Fighting for Basic Human Rights in the Workplace: A Conversation with Lewis Maltby" in Regional Labor Review (2003)

The Second Amendment: Obstacle or Catalyst to Sensible Gun Legislation? (2018)

Other Links of Possible Interest

"The Saga of Fort Schuyler" (manuscript of James Harvey Tomb, 1943)*

Margaret Tracy and Balbina Johnson: The Women Behind Bacitracin (another tale from 1943)*

"When NROTC Was Lost and Returned" at SUNY Maritime (News From Fort Schuyler, 1999)

Letter to the Editor about Celestial Navigation at the U.S. Naval Academy (New York Times, May 22, 1998)

N.Y, Attorney General Press Release of October 2002 (Spitzer: nunchaku, etc. have no place in "our homes")*

"Venturing Out Across Mill Pond Road" (reflections on the death of a goose on August 27, 2015)*

* Links marked with an asterisk are to web pages captured and preserved on the Wayback Machine.

[TMGT 8440] Maritime Law - 3 class hours, 3 credits. The course lays out the above general maritime law principles at a graduate-student level as appropriate for ship's officers and those working in the maritime industry ashore. American admiralty and maritime law and practice as applicable to shipowners, seafarers, marine insurers/insureds and charterers is surveyed and explained.

Click here for the public-domain "textbook" that Jim uses for the above two courses (supplemented by handouts and other materials on Blackboard).

[TMGT 7500] International Business & Transportation Law - 3 class hours, 3 credits. Introduces students to the issues and problems that face the individual/company engaged in international transportation and business, while exploring the rights and duties of participants and the legal and practical issues that arise in international business transactions.

[PROPOSED] Second Amendment Law - 3 class hours, 3 credits. The course, if offered, would examine the developing jurisprudence of the right to keep and bear arms, from the ratification of the Second Amendment as part of the Bill of Rights in 1791 through the Supreme Court's first substantive case in 1939 (United States v. Miller), its decision in 2008 holding that the right is an individual one (District of Columbia v. Heller), its decision in 2010 holding that the right is applicable as against the states (McDonald v. City of Chicago), lower federal court decisions after Heller and McDonald, and the future of Second Amendment law. Key issues examined include balancing individual liberty with pubic safety, the level of scrutiny to be applied by courts when reviewing weapons statutes, which weapons are protected, and which individuals may exercise the right and in what context (e.g., citizens versus aliens, in-home possession versus carrying in public). Examines whether and to what extent a better-developed Second Amendment jurisprudence, by allowing opposite sides in the gun-control debate to agree on key points, could be a catalyst for legislation that is effective in reducing firearm-related violence in the United States.

"Today, technology and globalization are driving the greatest maritime change since the shift from sails to steam over 150 years ago ... digitization, ship systems integration and automation, e-commerce, new technologies, and environmental regulations are driving dramatic changes within the maritime industry."

Today we take for granted
The bit, the byte, the baud.
But when the seeds were planted,
The gardener was Claude.

(The reference is to the "father of information theory," Claude Shannon.)