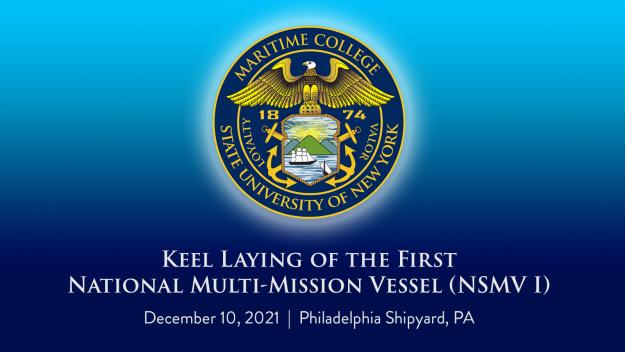 Many watched the milestone event of the Empire State VII Keel Laying ceremony on December 10, 2021 by livestream. Maritime College has developed a video commemorating the occasion.

December 10 is significant in the history of Maritime College as it was on December 10, 1874 that the USS St. Mary's was commissioned to serve as the first training ship for the New York Nautical School (which later became Maritime College).

The keel laying video, released on January 11, 2022, marks the 148th year (January 11, 1874) of the admission of the first students (26 cadets)  to the New York Nautical School and their embarkation on the first Training Ship, USS St. Mary’s. The day also represented the beginning of a federal-state partnership in which the federal government provided training ships for future mariners at the state maritime academies.